Create an Account - Increase your productivity, customize your experience, and engage in information you care about.

Mr. Franklin was elected to the Board of County Commissioners in 2014, and was reelected in 2018. Mr. Franklin has served as President in 2017 and Vice President in 2016.  He currently represents the Commissioners on the Boards of Directors for the Caroline Economic Development Corporation, the Mid-Shore Regional Council, and the Caroline Local Drug and Alcohol Abuse Council.

Mr. Franklin is passionate about public safety, having served as both a police officer and emergency medical technician (EMT) for his entire professional career.  He recently retired as a Patrol K-9 Officer by the Denton Police Department.  During his service with the Town, Mr. Franklin has received multiple honors and awards, including being selected as Officer of the Year in both 2004 and 2008.  Among his major accomplishments with the Town police force is creating the Department’s K-9 Unit.  Mr. Franklin also serves as the Law Enforcement Liaison to the Caroline County Drug Court program.

Mr. Franklin has combined his enthusiasm for public safety and volunteer work through his work with the Denton Volunteer Fire Company.  He has held numerous leadership positions within the Company, including President, EMS Lieutenant, and Fire Lieutenant.  Additionally, Mr. Franklin worked for the Caroline County Department of Emergency Services for eleven years as an EMT.

Mr. Franklin also enjoys teaching and training and is a Certified Maryland Police Training Commission Instructor.  He helps prepare new officers for service through instruction at both a local level and at the Eastern Shore Criminal Justice Academy in Salisbury.  Mr. Franklin is also certified as a Basic Life Support Instructor by the American Heart Association and as a Law Enforcement Emergency Medical Care Instructor by the Maryland Institute for Emergency Medical Services Systems.

Mr. Franklin comes to office with a strong interest in economic development.  His goal is to work with County departments, allied agencies, and municipal governments to rebuild the county’s commercial tax base and expand job opportunities for Caroline residents.  A fiscal conservative, Mr. Franklin takes his responsibility as steward of taxpayer funds very seriously and hopes to continue to build a more responsive, open, and transparent local government.

Originally from Pennsylvania, Mr. Franklin attended Luzerne County Community College.  He is a graduate of Police Academies at both Lackawanna College in Scranton and also the Eastern Shore Criminal Justice Academy in Salisbury.  Mr. Franklin also completed Paramedic training at Cecil Community College and has received and extensive Fire and EMS training through the Maryland Fire Rescue Institute.

Mr. Franklin has lived in Caroline County for nearly fifteen years and enjoys taking advantage of the County’s outdoor recreational opportunities, including hunting, fishing, golf, and shooting.  He is an avid sports fan and closely follows baseball and college and professional football.  Mr. Franklin resides in Federalsburg with his wife Stephanie.  As appropriate for a K-9 Officer, Mr. Franklin is an animal lover.  He and Stephanie share their homestead with his retired K-9 Partner Bart and several rescue pets - ranging from cats and dogs to goats and pigs. 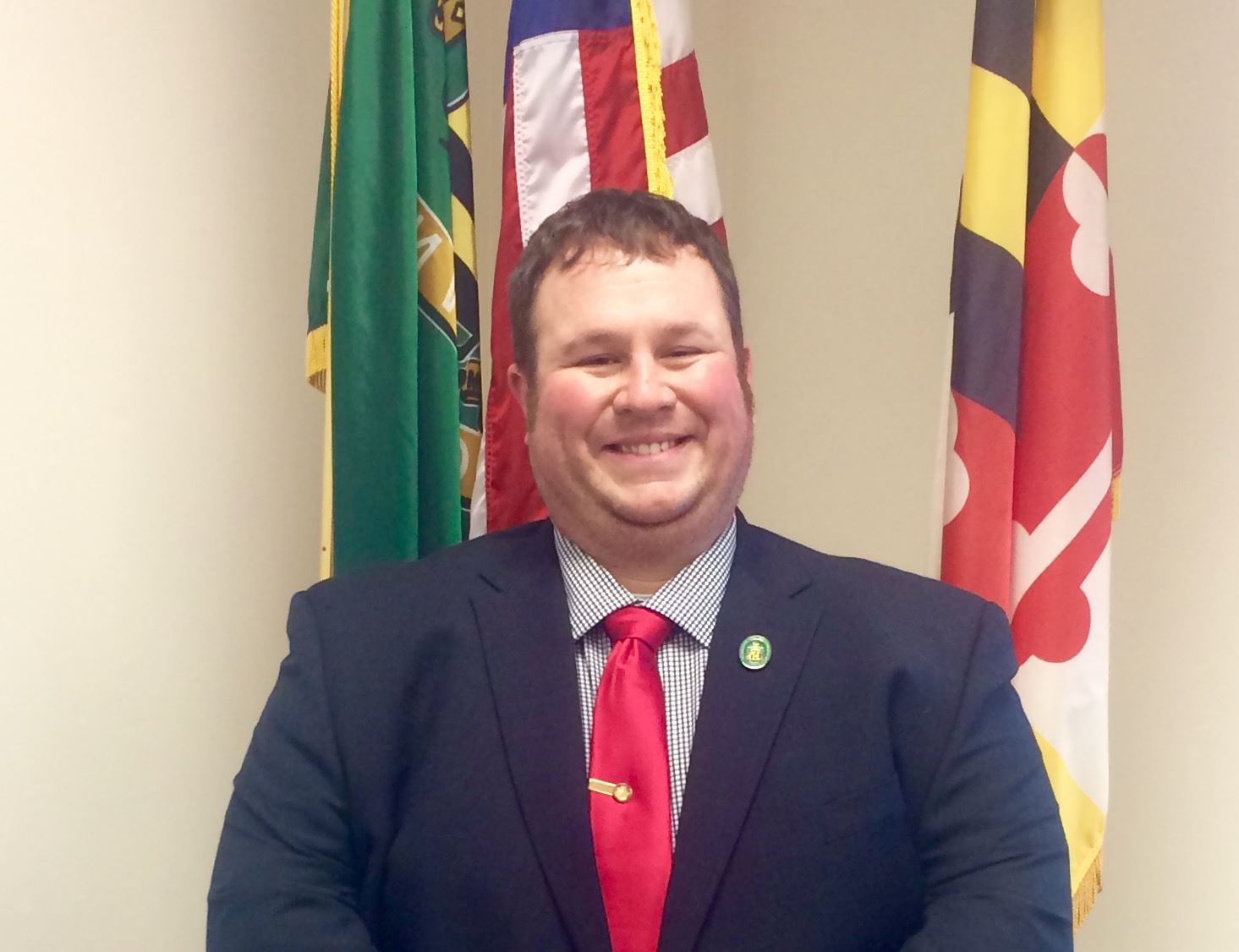